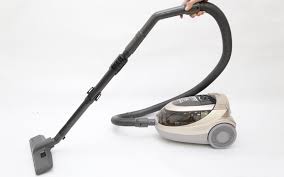 “This one is 8 amps; it’s much more powerful than that one,” explains the husband. “But my mother had one of these and it lasted forever,” the wife says.

A floor-care industry source doing a little scouting in the field overhears the conversation and asks, “Did you know that amperage is a measure of electric current and has no bearing on a vacuum’s cleaning capability?”

The 8 amp model is taken to the register to the amusement of the observer.

Such scenes are reflection of an uneducated consumer, but they are also common throughout all retail distribution channels.

Traditionally, upright vacuums have been r amperage-but amperage is a measurement better suited to differentiating price points within a single manufacturer’s product line than comparing models among manufacturers.

Every manufacturer knows that amperage is a measure of electric current. Air flow within a vacuum is more important to cleanability than the amount of electricity needed to perform the task. Convincing the consumer of this fact, however, is quite another matter.

“You know, I know and anybody who’s been in the floor care business for any amount of time knows that amps are a crock,” says a buyer for a regional mass merchant when asked about the issue. “It’s something the consumer seems to use – something which they base their purchasing decisions on. Until the industry comes up with a better way of rating vacuums and educating the consumer on why that system is better than amps, amps will continue to be the standard of measurement.”

The topic of amps has come to the forefront throughout the industry. At the recent Vacuum Cleaner Manufacturers Association (VCMA) meeting, “the topic of amps and peak horsepower was a prime topic of discussion with major interaction between members,” according to a member source.

The VCMA had been working with the American Society of Testing & Materials (ASTM) to develop a fact tag that evaluated standards of vacuum cleaner performance. The tag was to have rated vacuums in terms of cleanability, relative work (how easy the vacuum is to push or pull), air power (a straight suction test for measuring above-floor cleaning capability), sound level and durability.

Every major floor care manufacturer participated with the ASTM, and some even helped to develop testing machines. But disagreements among manufacturers have left the VCMA and the entire industry in a standards limbo.

For its part, the VCMA has always taken the position that it is not a standards-making organization, but would support standards from an independent organization if it could get members to agree on a format. At the most recent VCMA meeting, the executive committee voted 4-to-2 to withdraw VCMA endorsement of the ASTM tag-primarily because so many companies took issue with it.

“First of all, there were no challenge procedures for manufacturers to check each others’ claims,” says a VCMA member. “Hoover wouldn’t endorse the fact tag until the industry agreed to drop amperage and peak horsepower as rating systems. Rexair took the position that the ASTM testing unfairly disadvantaged its products. Regina questioned the repeatability of the ASTM test. With all the discussion, the ASTM fact tag evolved into something different than the VCMA had suggested in die first place.”

“The amperage issue is misleading the public and we’re not going to go along with it,” says Girdlestone. “When a manufacturer puts a larger (amperage) number on a cleaner, they are implying it cleans better and that is frequently not so.

“We will not support the fact tag until other manufacturers agree, at least in the spirit of the fact tag, that it be used as a replacement for amperage and peak horsepower-we’ve sent that message in writing to the VCMA,’ Girdlestone adds. “We’re not saying the fact tag must immediately replace amps or peak horse-power, “that it should be our long-term goal.”

Despite this position, Hoover is one of the two companies that voted to support continued VCMA endorsement of the fact tag. Eureka also voted in favor of the issue, although it is very aggressive in rating its uprights by amperage.

“Amps or horsepower are the first things a customer asks about when they come into a store,” says John Hoppe, vice president of marketing for Eureka. “When a customer comes in with that frame of mind, it’s very hard to change.

“Many retailers don’t have time or people to discuss the actual cleaning efficacy of a vacuum. In most cases, there isn’t even anybody on the sales floor, he adds. “A preconceived notion in the consumer’s mind that relates amperage or horsepower to cleaning power will take a long time to change – I don’t know if any floor care company has the resources to reeducate the consumer quickly.”

“Right or wrong, the consumer has been educated that horsepower, amperage and in other areas, wattage are important criteria for measuring power,” says Dave Jones, president and chief executive of Regina. “In the case of peak horsepower in canister vacuums, there is no correlation because it is a spike measurement from the time the machine is initially turned on. With amps, there is some correlation especially within a manufacturer’s product line. Generally, the higher the amps, the more powerful the unit. The problem comes when you start comparing amperage between different manufacturer’s models.